Abyss Greatsword is a Weapon in Dark Souls and Dark Souls Remastered. (AotA only)

This greatsword belonged to Lord Gwyn's Knight Artorias, who fell to the Abyss.
Swallowed by the Dark with its master, this sword is tainted by the Abyss, and now its strength reflects its wielder's humanity."

How to Get / Where to Find the Abyss Greatsword 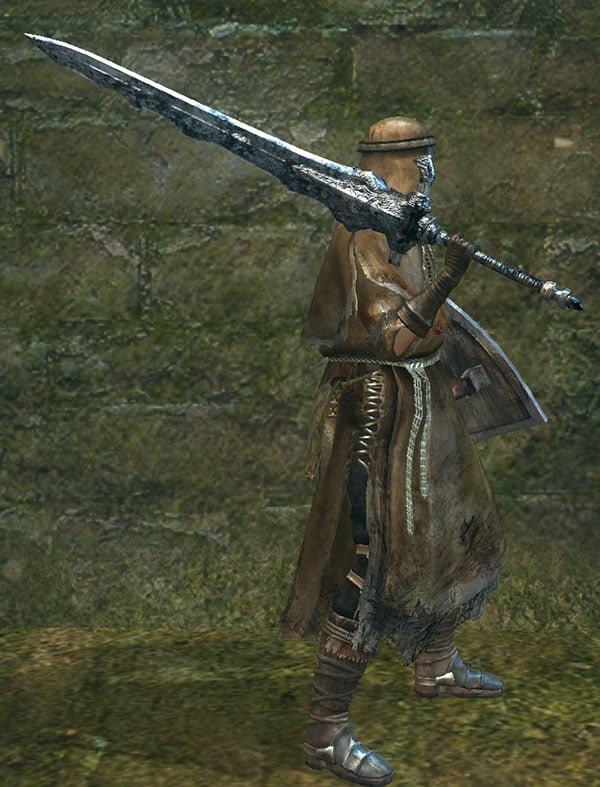 Demon Titanite weapon upgrades  can only be applied to Boss Soul Weapons forged at the Giant Blacksmith in Anor Londo.
Regular Reinforcement Scales 55% for