This is the Player versus Player mode. It consists of two arenas, where players battle each other to win. To join, the player must first beat the boss Artorias the Abysswalker; then heading to the exit, instead of going straight to the Oolacile Township, go to the right, and enter a long hallway with blue bonfires. You must have purchased the DLC to access the area.

This is the arena selection lobby, from here you can choose arena and match type, and also view the leaderboard. For each arena there are 3 different modes: 1 vs 1 (duel), 2 vs 2 (team), and 4 players free for all (deathmatch). You have to touch one of the six blue bonfires along either wall, which will teleport you to the chosen arena. There are also several messages on the ground explaining how to join the different arenas. 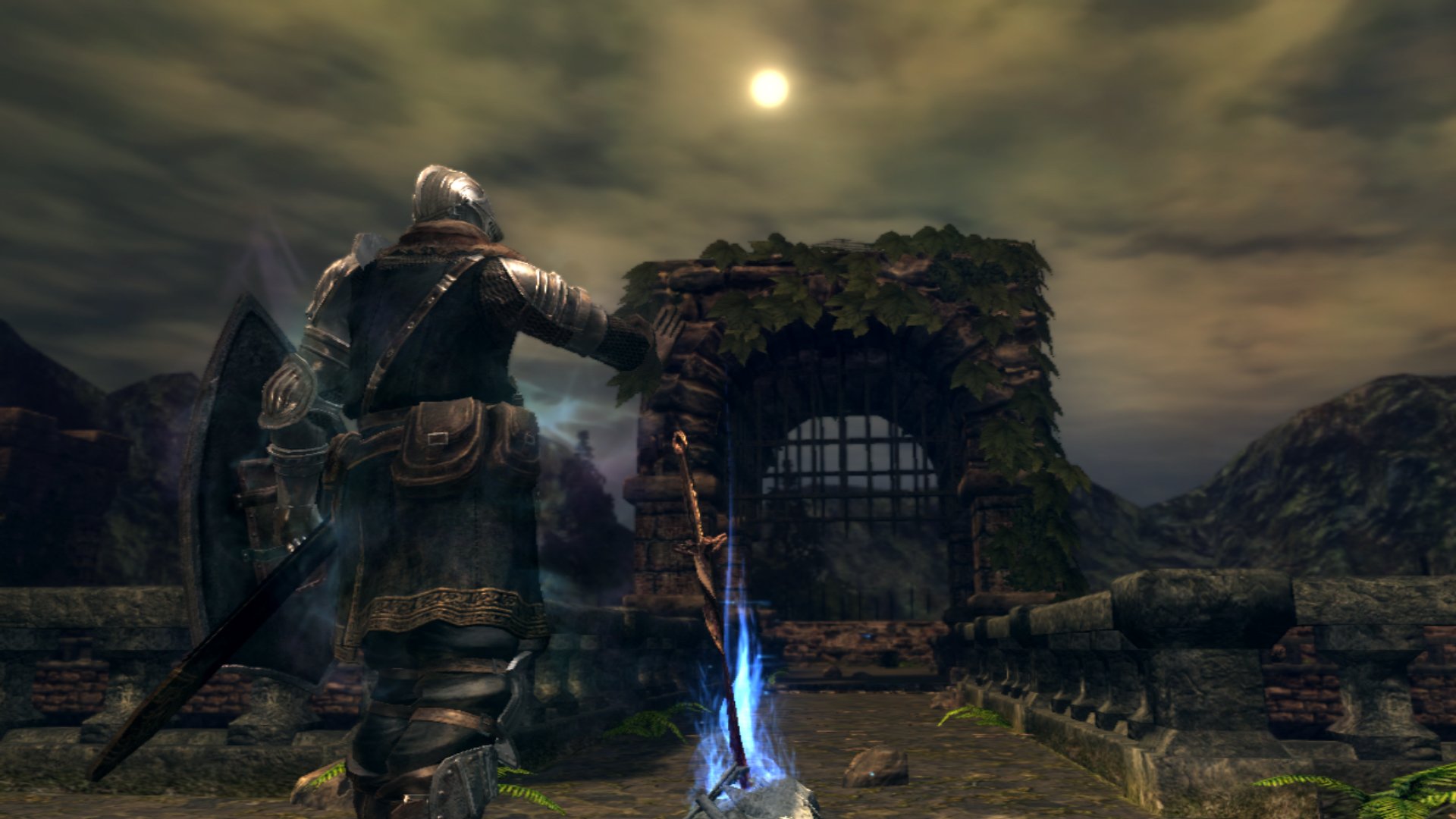 Once inside the arena, there are some messages explaining how Battle of Stoicism work. You will have to step onto one of the platforms to initiate a fight. Automatically, a search for players to battle with will begin. Depending on which platform you stand on, you will be hosting or summoned. You MUST stay inside the platform or the search for other players will be canceled.

This is the leaderboards of the arenas. When interacting with it you can see the kill-streak of other players in your current level range, as well as your own rank. You can also view the stats of the players on the list.

How to get to the Gazebo: