This is more of a idea i think would be more interesting to have added, or add in the Next Souls game.
You would probably start the game out with this gesture in the next souls game, or learn it from someone like Solaire. Basically, the player would initiate a gesture where he would extend his right hand in front of him. He would then be stuck in this pose for about 7 or so seconds (if damage he would be put out of the pose, or maybe he would simply move out of it). During this time, if a dark spirit has invaded, or the host has summoned a phantom, they too would also be able to use this gesture. When facing one another and using the handshake, they would lock into a 3 second pose where they would both shake hands, and then retract there hand to there sides to be able to move again. You could also have it as a different type of handshake, fist-bump, brofist or whichever the developers and players find most appealing. This taunt would be used as a sort of new form of bowing before a pvp match, or a way of greeting a phantom when they are summoned to your world. 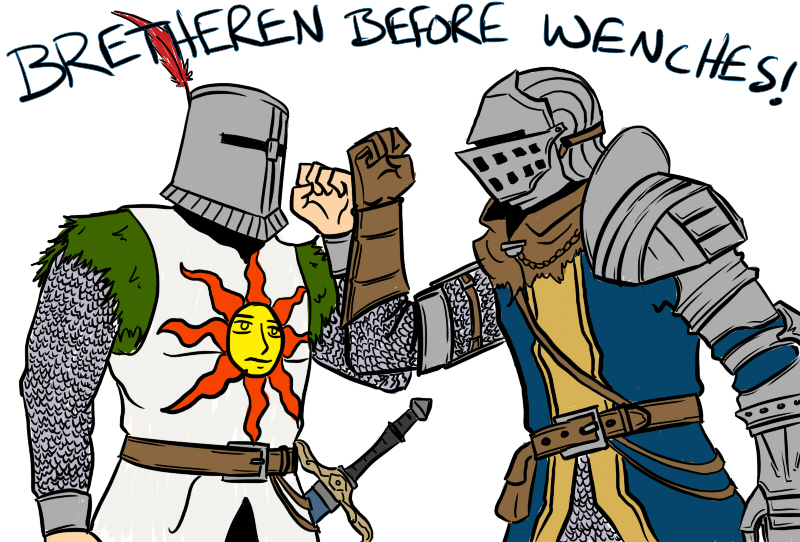