Kiln of the First Flame is a Location in Dark Souls and Dark Souls Remastered. Once you've obtained the souls necessary to power the Lordvessel in the Firelink Altar, you may begin the end of your first journey.

Kiln of the First Flame Map

Rampage - Once you have acquired all four souls of the chaos lords: Seath the Scaleless, The Bed of Chaos, Gravelord Nito and The Four Kings; you are ready to proceed with the final quest of your first playthrough. You can take this time to finish up any unfinished side quests, collect any uncollected items, or find all the NPCs you've become friends with and kill them for their loot; since completing this mission will take you to New Game Plus, all encounters with NPCs will be forgotten, and forgiven.

Offerings - Once you've finished dotting your "i"s and crossing your "t"s, you may return to Firelink Shrine, talk to Kingseeker Frampt or merely jump down the hole he sits on. When you get to the Firelink Altar, select 'Offer souls to Lordvessel' to trigger a cinematic showing just that, watch the gates to the Kiln of the First Flame, open. 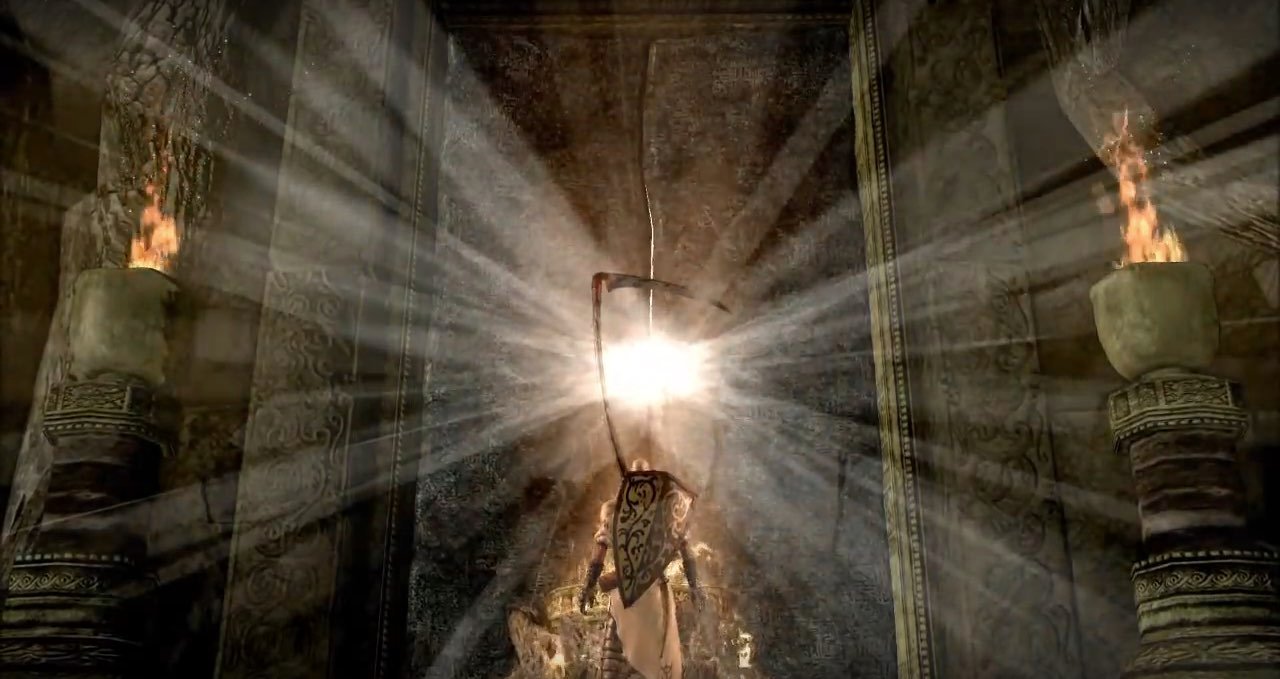 Path to the Big Bad

The Last Adventure - Make your way down the illuminated staircase, then down the right of the ashy wasteland. On your way down you should notice two enemies in the distance, these are Black Knights. Fight them, one after the other, then continue forward until you come to the end of the ashy ground, and see thin stone walkways. Get on it, and continue along until you reach the walkway before the next Black Knight. On the right of the walkway you should be standing on, find the Black Knight Set, but take the one ahead on first. Walk to the end and then down the stairs on the right. Here you will encounter another two Black Knights, the one at the end wields a halberd.

With all five Black Knights dealt with, proceed into the fog gate, where you will face the boss of all bosses, the final frontier... 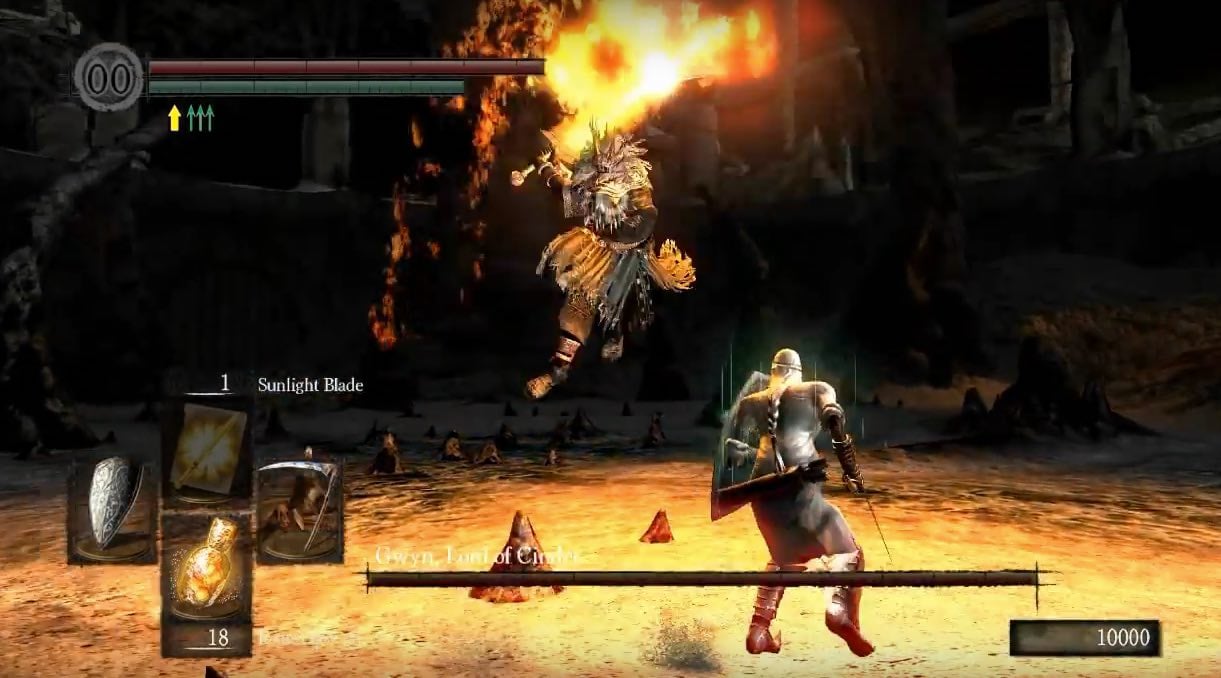 After defeating Gwyn, you have two options available; 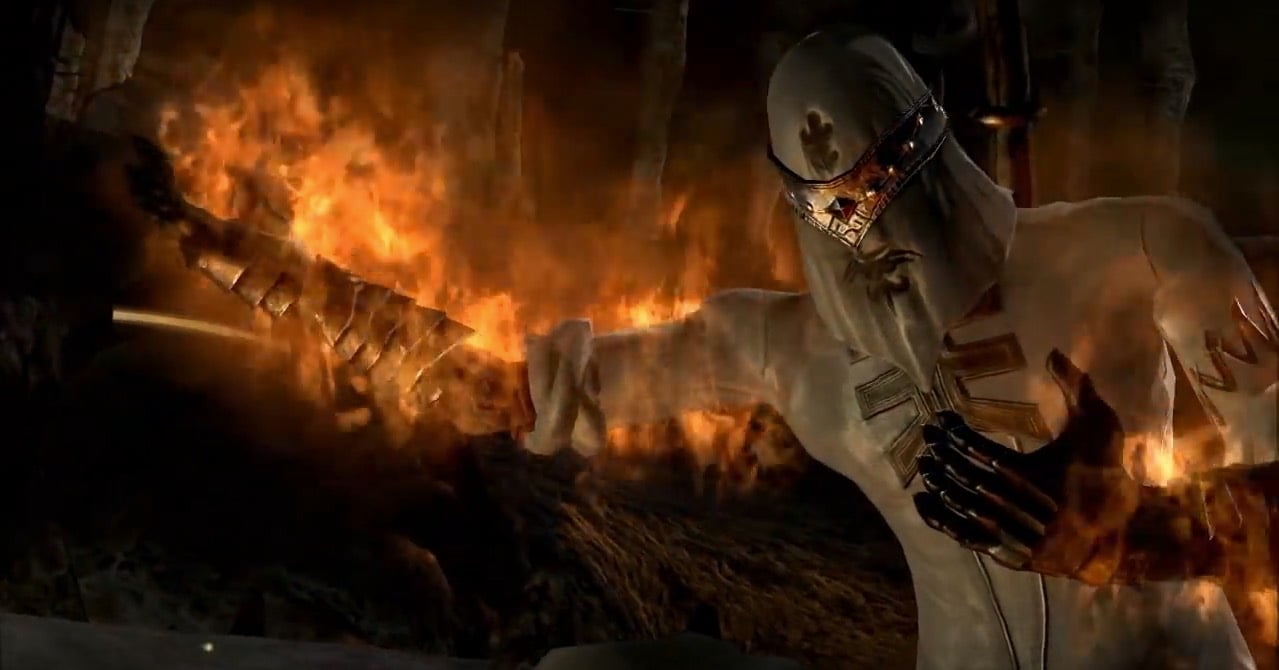 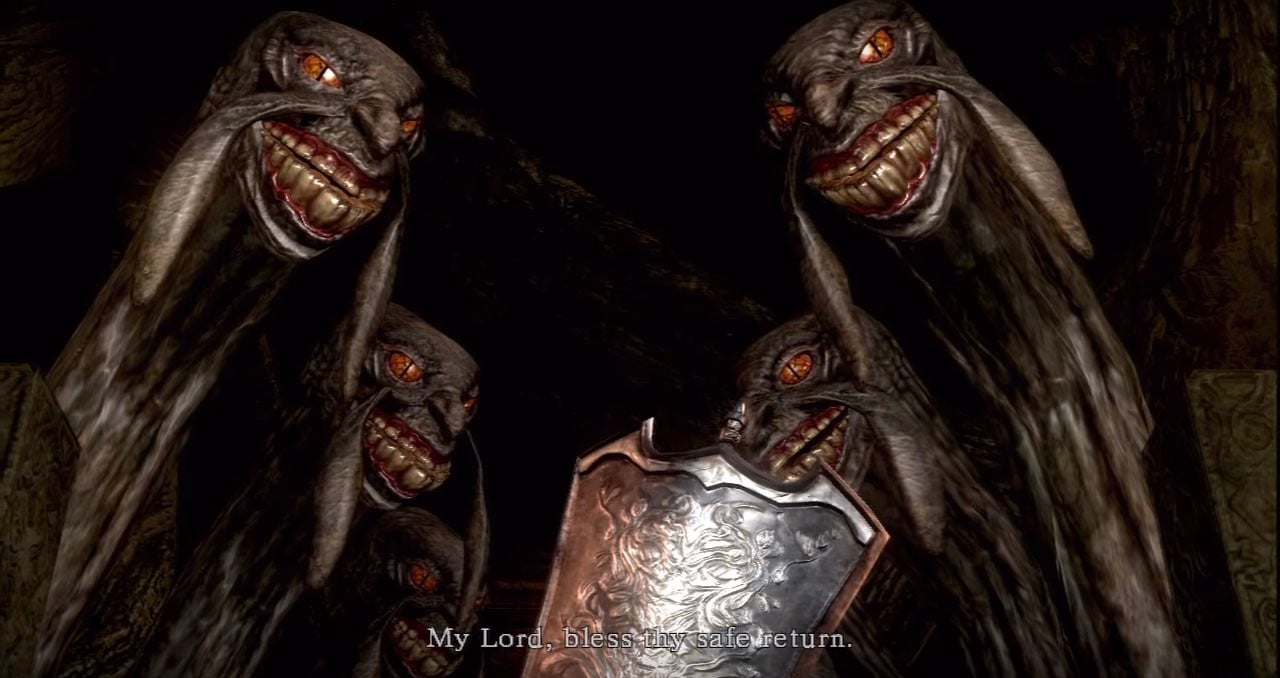 Regardless of the ending you've chosen, you will be transported back to the cell you started the game, in the Northern Undead Asylum, after the credits roll. From here, the stakes will change slightly. Visit our New Game Plus page to find out more. Hope you've enjoyed the journey!