King Jeremiah is an NPC Phantom in Dark Souls 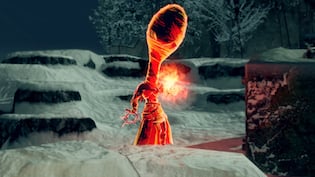 Jeremiah is primarily a pyromancer, and uses the spells; Great Chaos Fireball, Chaos Fire Whip and Chaos Storm. He also wields the Notched Whip, which will damage through a shield. He is a member of the occult, and therefore highly resistant to Occult weapons.