Intelligence is a Stat in Dark Souls 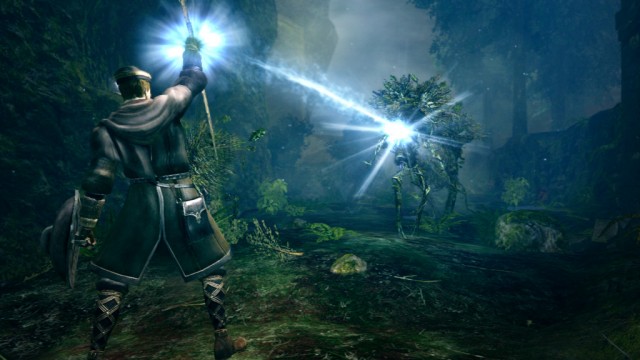 Sorceries require a minimum level of intelligence to cast.

(You can acquire without the required stats and even attune the spell, but attempting to cast will leave your character scratching their head, literally.)

NOTE: This stat does NOT increase the power of Pyromancy spells. Pyromancy Power only increases with the level of The Pyromancy Flame.

Intelligence does increases the damage of punch attacks made with The Pyromancy Flame.

If you do not meet the minimum intelligence required, you will stagger every time you hit an opponent.