Holder of one of the four Lord Souls, Gravelord Nito was among the lords to wage war against the dragons. As the Lord of Death, Nito rules over the dead in The Catacombs and resides within the Tomb of Giants. His army of skeletons guard his tomb, while his Gravelord Servants spread death through the Eyes of Death.

You can join his covenant via a coffin next to the Titanite Demon, in The Catacombs. However, should you kill him - which you eventually have to do in order to progress with the main storyline - you will not break the covenant but will be unable to further level within it, until NG+.

Allegiance to the Gravelord

More of a passive ability,  Skeletons that appear in the area will side with Nito in trying to kill the player. However, Nito's attacks can damage them if they are hit. The same rules apply here with these bony enemies; kill them with a divine weapon to prevent them from reforming.

Nito thrusts his sword into the dirt for one or more orange swords similar to those in the Gravelord Sword Miracle will burst out of the ground. This attack is preceded by a scream, which you can use as an alert and be ready to act appropriately. Unlike the apparent randomness of its Miracle counterpart, Nito's swords will target the player and any summons. With good timing, these can be dodged, however, viable strategies include to either roll continuously as soon as you hear the scream, until after the sword bursts, or to "count" the second before the sword bursts, and dodge right. If it hits, it will throw you into the air and fill a substantial amount of your Toxic Meter.

Nito sits and darkens, intensifying the aura around him, before exploding and sending a dark wave which will do damage to the player. It can be blocked for reduced damage but will stagger you and fill your toxin meter, at the very least. The upside to this is that any Skeletons roaming around Nito at the time of this attack will surely perish. You however, will not, as long as you run away from him when he starts charging; you should have at least 2 seconds before it goes off.

Nito's standard melee attacks with his sword are not very dangerous in terms of damage, however, has the ability to turn you toxic with two hits. Painted guardian or Shadow sets are good for slowing the process. The Bloodshield can also add further resistance. Nito has two observed swings: a right-to-left close-in slash, and an leaning overhead chop. The overhead chop has an extremely long recovery time, even if it hits you (unlike most enemies, who will take longer to recover if they miss).

Nito can also employ a rarely used, but highly damaging, grab attack. Staying to his sides or back is an easy way to avoid this. Alternatively, if you are grabbed, repeatedly tap L1/R1 in order to escape the grab entirely. Fortunately this attack has a huge tell: his hand will start glowing, so that should give you enough time to get away.

It is highly recommended upon entry to this boss fight, you stay put and let them bring the fight to you; traversing too far in will result in attracting all the Skeletons that lurk in the corners of this area - of which include Giant Skeletons. Staying put will reduce the number of enemies you have to deal with, in addition to the boss. When the fight begins, stay put. Use a divine weapon to keep the Skeletons that come after you down. If you are not in possession of any, keep knocking them down until Nito arrives.

Make sure you equip either armor with high poise or the Wolf Ring, to prevent an interruption on your combos. Most of his basic attacks are easy to dodge. Strafe around him when he gets close and whack away. With the more complex moves, take the precautions and safety measures listed above, accordingly. Refrain from traversing deeper into this area during combat and stick to the entrance area.

After he uses his Death Wave attack, most of his Skeletons  will be dead so take this opportunity to move in and do some damage. He also moves extremely slowly and is very susceptible to fire, so going in with an array of Pyromancy Fireball/Chaos Fireball spells will go a very long way.

If you have a divine weapon to dispatch Nito's minions, he becomes one of the game's most laughably easy bosses for a heavy melee build. You can easily strafe behind him for free hits, and all of his attacks except the Sword Dance and the Death Wave can be blocked, resulting in negligible damage.

Equip the Ring of Fog and the Slumbering Dragoncrest Ring. Drop down into the boss arena, but do not move. When the cinematic is over, Nito will slowly approach you, while not aggravating any other Skeletons, leaving you to take him out with your bow or spells. 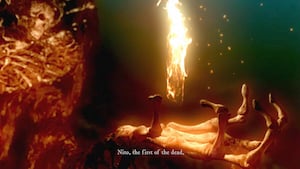 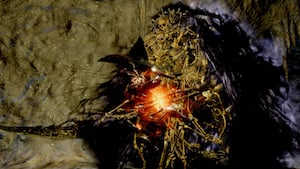 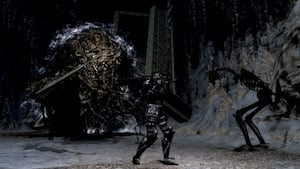 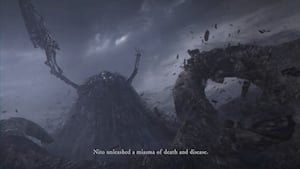 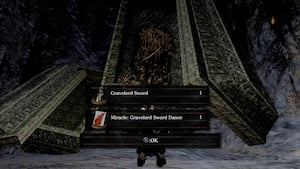 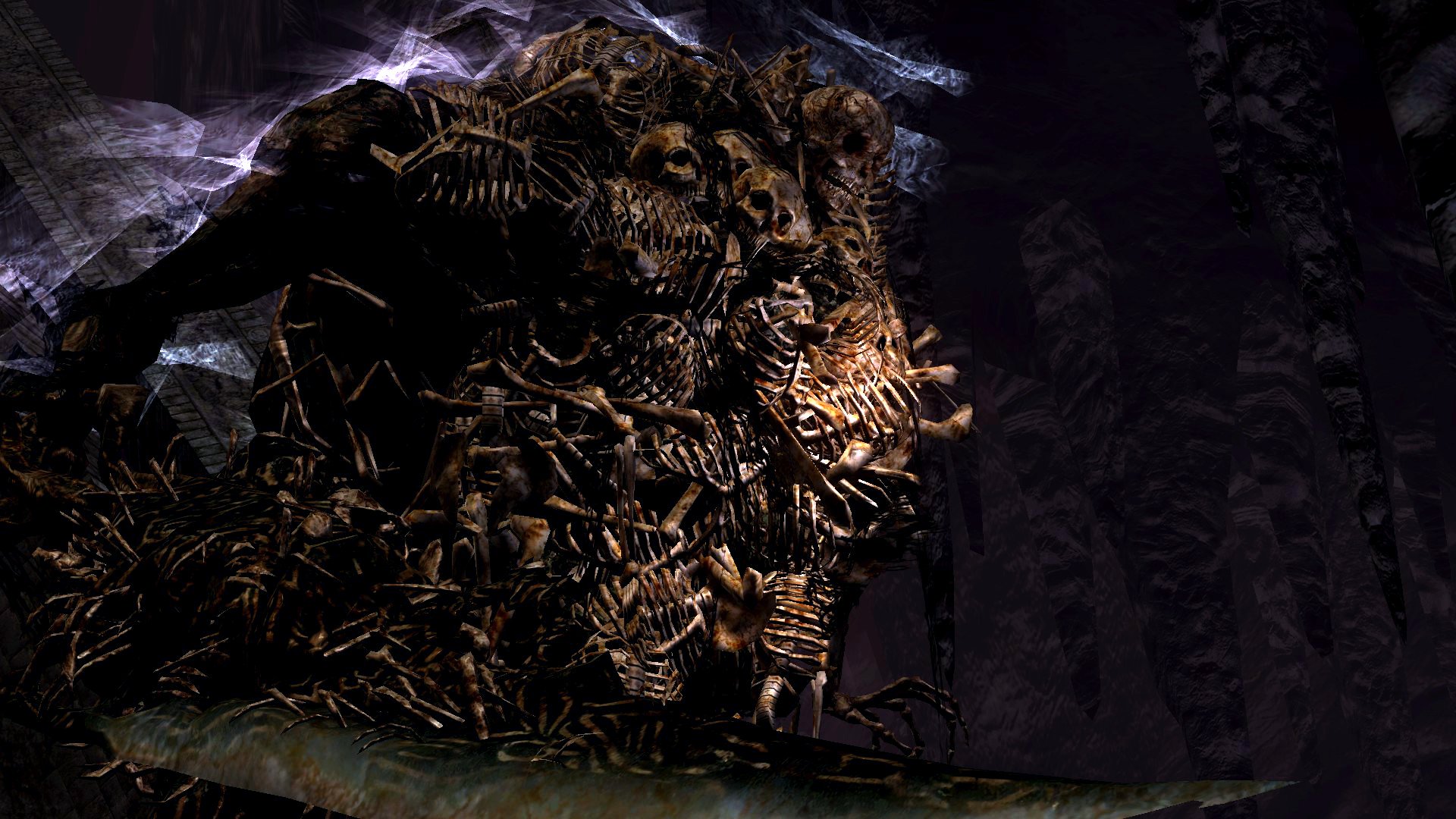