A very large wolf who resides in a serene graveyard, across the river from Darkroot Garden. It can also be reached by climbing up the ladder close to the Hydra in Darkroot Basin.

According to lore, Sif was Artorias the Abysswalker's partner. When Artorias was swallowed by the Abyss, he threw up his Greatshield to protect Sif, as he could no longer bear it with his arm broken. Now, Sif guards their fallen comrade's grave and his ring, to ensure that what happened to Artorias, doesn't happen to anyone else.

The name Sif itself is a female name of Norse origin. However, all translations into European languages with grammatical gender use male gendered language for Sif, though many of them can be interpreted as the most neutral phrasing of the name. This includes French, Italian, German, Spanish, Polish, Portuguese and Russian.

It was originally believed that Sif could be spared and allowed to limp away during the last segment of the fight. This is not true and the only way to progress in the game is to kill Sif; it is not an optional boss. Your dealings with Sif have no impact on the Forest Hunter covenant.

Sif swings her sword, usually followed up by a second in the other direction. This attack is easily telegraphed, and countered by rolling out of the way, but if caught in it, can knock you down. This is the main attack she uses throughout the fight.

Sif will swing her sword in a full circle, sometimes twice in a single attack. It has a quite slow wind up and has a very telling animation, as she moves her sword to the opposite direction, then takes a big swing. When the player sees this, they should try to either get as far back as possible, or under her. This attack knocks you down, and hurts as well. If you try to block this, it will most likely stagger you, so stick to rolling.

Sif gets on her back paws momentarily, and swings her sword into the ground, dealing high damage in the process. The attack can be dodged by well-timed rolling in the direction the sword is coming from.

As all these attacks can be essentially avoided by sticking under her body and legs, Sif recognizes this from time-to-time and backflips away to a create some distance again. She swings her sword while she does this, but you will rarely get caught in it. She can also do this attack when you are facing her head to head, so watch out for it then, as well.

Sif's final attack is a charged one, which she rarely uses but is still noteworthy.

Stay close to the wolf! The danger lies in the lengthy attack range, but by sitting under Sif, she will miss completely. Get in as many hits as you can before Sif eventually flips away, timing yourself to get under the belly of the beast once again.

The easiest way to to get underneath Sif is by waiting for a swing, then roll under her front legs. Just lock on to Sif and back up while waiting for her to swing, after the first swing get your shield up and run underneath her. This is also a simpler way to avoid the 360 attack, which will always come from the left swinging to the right. Make sure you stay in the middle and back up in a circle to avoid getting pinned down. Attacking her legs will make them limp, disabling her mobility (Jumping/Running).

Also, unless you have an uber shield with amazing stability and/or godly stamina, Sif's two loop spin will most likely break your guard/stamina. Another way is to block the first hit then roll toward the next attack direction. The Eagle Shield found just past the upper bonfire in Blighttown is excellent in this fight and for this spin attack, for your first playthrough.

Sif will also begin to limp at the brink of death. Her attacks will become slower, and the slash combo will cause it to fall over and struggle for a bit before getting back up. Despite rumors that attacking her sword at this point, will cause it to break and her to flee, there is no such forgiving option.

As you try to figure out how on lordran you can spare her life, you realize the true evil of the creators in making you kill a limping, almost defenseless doggo.

If you wish to cheese, after spawning the initial cutscene, quit and reload. It is possible to jump to the top of the rocks to the left of the boss fog and snipe Sif with a bow. Any combination of Red Tearstone Ring, Feather Arrows, Black Bow of Pharis, and Hawk Ring is recommended.

Honestly, this fight is either extremely hard or extremely easy depending on how much you think about it. The easiest way to beat is to follow these 5 steps (if you main magic)

Instead of staying under Sif, try kiting her around and whenever attacked, make sure you've rolled away from her (backwards/sideways) then fire off a few spells. Repeat the process and Sif should go down pretty easily. Or if you have combustion, sit under Sif and combust.

There seems to be an issue (possibly a bug), when trying to summon the same phantom after losing in a fight with Sif. I'm not sure if this is related to the Darkroot Garden in general, or possibly due to the forest and the covenant/hunter PVP.

I was summoned as a phantom by 3 separate hosts and lost the fight 3 times. Unlike other boss fights like Gaping Dragon and Chaos Witch Quelaag, the host was not able to find my soul sign after returning to the steps leading into the forest and the doors leading to Sif. New hosts were able to summon me with no issue.

I talked to the 3rd host and we both exited and re-entered the game, set my soul sign down and we were then able to match up and fight Sif again with no issues. I was Covenant of the White and the host was Forest Hunter Covenant. 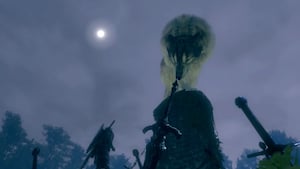 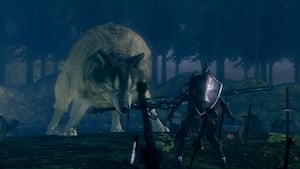 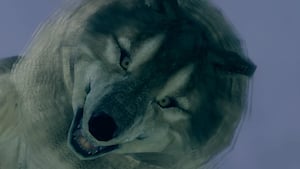