Seath the Scaleless is a Boss in Dark Souls Remastered.

Envy and bitterness: words used to describe Seath's betrayal of his own kind; unlike his brethren, Seath was born without the stone scales of the Everlasting Dragons. Seath, with the help of Gravelord Nito, the Witch of Izalith, and Gwyn, the Lord of Cinder, brought his own race to the brink of extinction, with many believing him to be the last of his kind.

As reward for his service, Gwyn granted Seath the title of "Duke" and permission to build a grand archive where he could continue his research into his long-held desire for immortality. This archive would come to be known as "The Duke's Archives". Along with these gifts, Gwyn also bestowed a shard of his Lord Soul upon him.

Becoming more and more paranoid, Seath locked himself away in the archives, fearing the other lords would attempt to steal his immortality for themselves. Barricaded within the archives, he sent his Channeler servants far and wide across the land to kidnap fair maidens and the undead for his experiments.

Seath breathes a white mist in a circular arc directly in front of him. This mist triggers a mass of crystals to protrude from the floor wherever the mist touched. This can be dangerous as the initial breath deals magic damage on contact, while the follow up crystals build up your curse - this is the case for any crystals that he raises from the ground. A telltale sign that this is about to happen is his head drops slightly to his left. This is an imminent sign of the cursed crystal breath attack, so roll backwards to avoid any form of damage.

The second variation of this attack is the same, but with a larger radius. However, due to the range of it, the signal is more clear and takes a bit longer. Seath throws his head back for a second, then sweeps his head from side to side. When you see his head swing up, bolt away from him, or get behind him.

The final variation on this attackis signalled when, instead of throwing his head completely back, Seath winds it while still facing forward - think of it as preparing to header a ball in soccer - and blows a straight line of white mist. He starts directly below him, and follows through, for quite a large distance. When you see this, just run to the sides.

Arguably his most deadly move, when you see Seath curl up, run for the hills. Create as much distance as you can from the white mist that forms around him, as he's about to let out a great explosion directly in front of him. This explosion is then quickly followed up with a mass protrusion of crystals in the white mist area. This attack deals a combination of physical and magic damage, and cannot be blocked. If you get caught in the crystals, raising your shield will reduce the DoT taken.

If you stay around his tails too long, Seath won't stand for it. Instead, he raises his largest tail - which should be the telltale sign for a tail attack - and slam down with all three of his tails all around the area. He can do this a few times, and getting caught will result in your death as it can stunlock the player. Seeing as you probably are trying to get the Moonlight Greatsword, you should see the sign, and since you need to attack the tip of the tail to do so, you can easily get out of range of this attack by rolling back.

Alternatively, he has a second variation on this attack in which after lifting his tail, he still slams it down but only to begin sweeping with all three tails. This is arguably harder to get out of the way of, as the tails are always grounded. Use the same preventative measures as with the other variation.

He's had it with you, Seath ain't taking your smack anymore. He raises either hand, and lays down an open-palm smack, dealing seriously physical damage. When the hand is coming down, roll in the direction it's coming from (left or right) while moving away from Seath.

The cutscene only triggers when the host player moves into the area. If you have summons with you, give them time to run forward and position themselves near the crystal before you enter the room. Once Seath enters for the first time, he will block off the entrance, leaving you and your summons closer to the crystal.

Meet Seath for the first time after taking the second elevator in the Archives and continuing up an increasingly-crystalized corridor, that ultimately leads up to Seath's fog gate. This is where your 0 deaths attempt comes to an end, as to progress, Seath needs to kill the player. Souls and Humanity will be lost upon death, unless a Ring of Sacrifice/Rare Ring of Sacrifice is worn - we highly recommend to equip one as this next section presents you a couple of challenges that may result in your death.

Go gently into the night; delaying the inevitable will result in not only your death, but being cursed as well. So make it easy for Seath this time, so you can eventually return, and give him a proper fight.

The player will respawn inside the Archives Tower after being defeated, locked up in a cell in the Archive Tower Prison.

However, if you choose against equipping a Ring of Sacrifice/Rare Ring of Sacrifice and managed to complete the Archive Tower Prison without dying, when you return for your second attempt at Seath, you will find your bloodstain in the boss room.

If you don't have a ring of sacrifice, or if you simply don't wish to die upon discovering him the first time, you can actually leave through the fog gate. But be aware that dying to him in that room is necessary to progress through the The Duke's Archives, so this need to happen at some point.

Easy Ways to Get the Sword

Second method - no need to change your armor

This encounter allows you to enact your revenge on Seath, for the injustice of the first. To do this, you must venture through the Crystal Cave, and find him at the end of the area, past an abundance of invisible walkways, Man-Eater Shells, and Crystal Golems. Unlike most other boss areas, Seath's area will lack a fog gate, the first time you enter from the Crystal Cave which allows the Man-Eater Shells to enter the area making it a tougher fight; however they can be damaged by Seath, and in the event that you do die, the next time you enter the area and every subsequent attempt, a fog gate will be present to block Man-Eater Shells from entering the boss' arena. Past the Man-Eater Shell area, you'll find another spacey area with a number of statues of cursed players standing in low, glowing mist.

Make your way across the area to trigger the cinematic that will show Seath the Scaleless make his grand entrance, but not before emphasizing the crystal at the end of the room; this is the Primordial Crystal, his immortality. Destroy it, destroy his immortality. Alternately, if you are entering a second time, you'll be required to run around Seath to reach it, but don't be too worried as it will break on one hit.

Unless you have already been defeated by Seath before, do not break the Primordial Crystal immediately. If he is entering for the first time, wait for him to move forward into the middle of the room, first. If you break it too early, he will spend most of the battle right at the area's entrance, and his tail will clip through the walls. This makes it extremely difficult to acquire the Moonlight Greatsword, and exposes you to much greater risk from his physical or breath attacks when trying to get behind him in close quarters.

Numerous strategies will be effective against Seath, as he moves slowly and can be target locked from very far away. Ranged weapons, spells, pyromancies, and miracles are all effective, as are melee attacks on his appendages. During your first battle with Seath, it is recommended that you do not rush him, but instead observe him to get a sense of his attack patterns and vulnerabilities. The boss area is quite large and it is usually trivial to stay out of range of his breath attacks until you decide to commit.

Specifically, staying off to either the left or right of Seath will allow the player to take him on quite easily. Just continue to hit his side tails until he lunges down to hit, then roll or block to get away and face his front. When Seath goes for a frontal attack, move to his side again and attack. Repeat these patterns until he is dead.

A safe spot for melee fighter is the tip of his left (your right) tail, on his front side. Attacking him there will lock him in a attack pattern that shouldn't hit you. He will either turn on himself trying to face you, in that case, just run back to the tail tip, or he will do his AoE crystal attack that will hit right behind you, but not touch you. Be aware, that the movement of his tail can still push you in the crystals, so some good curse resistance is still adviced, but the actual damage taken will be minimal. Just stay close to the tail tip, and hack away until Seath is down.

This method won't get you the sword though, as we focus on the tail on his leftside, and not his middle tail, but you can follow the second method to get the sword at the beggening of the fight, and then swich to this method once the middle tail is cut.

Continually circle him while locked on and cast your best fast spells such as: Great Chaos Fireball, and Crystal Soul Spear. It is unlikely he will even hit you, If he does, continue to circle and Heal when behind or beside him. He is very susceptible to spells and pyromancies, and the ability to lock onto him from afar means such spells may be used quite safely.

The Paladin Set, the Dingy Set, and the Antiquated Set, all have high resistance to curse build-up. Holding extra humanity can also greatly increase resistance, however it's up to you to weigh the pros and cons of using this in a high risk area like this. If you have low curse resistance, you may want to equip the Cursebite Ring before the battle. This will help slow the curse if you do happen to get stuck in his crystal field. If you get caught in it, roll out of it ASAP. Finally, if you become stuck in one of Seath's crystal fields, keep your shield up as you try to escape. This seems to reduce damage and possibly curse buildup, and you will see stamina drain as if you are continually blocking damage. 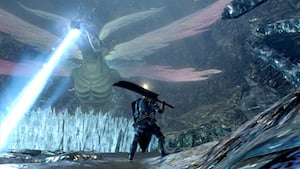 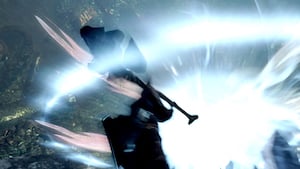 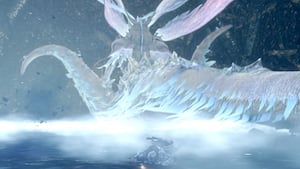 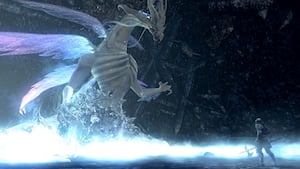 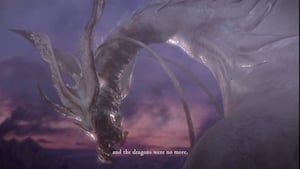